Say YES and Figure It Out Later

Say YES and figure it out later?

Well, let me share with you my own experiences with saying YES to opportunities in growing my own language biz, and how they turned out (you just know that I'm going to encourage you to do the same, don't you ;-).

1. I took a friend's advice and applied to "teach" French to toddlers and preschoolers, EVEN THOUGH I had never done it before.

I received an envelope in the mail in 2001 (the year is in my brain, as it was the start of EVERYTHING for me), from a Mum for whom I had nannied years ago.  Inside the envelope was a clipping from a newspaper for a local council centre that was looking for someone to run language sessions for children aged 1.5 - 5 years old.

I had never had any idea of doing this, but strangely my brain just immediately said, "I could do that!"

So without any idea of what I would actually do, I rocked up and met the staff at the council hall, and before I knew it, I was signed up to run weekly French sessions for kids.  They even asked me what I would call my sessions . . . I had NO idea; I'd never thought about it, and had to come up with something on the spot.

French Fun, I said.  They liked it.

2. A childcare centre called me to say that they'd heard I was running French sessions at the council, and would I like to run sessions in their long daycare centre.  Three times a week.  For 90 minutes each time.

Would I?  Absolutely!  One of the most exciting moments in my eventual 20 years of my soon-to-be-expanded biz.

Had I worked in a childcare environment before?

Nope.  Except that I had looked after kids before, and was running these new sessions at the council.

But not in a classroom of 30 children!

I certainly had a LOT to figure out.  And I was certainly very nervous.

But hey, when you get an opportunity like that, you jump, right?!

I ended up being a part of that daycare team for 17 years, right up until the time they closed their doors.

Was it worth saying YES and figuring it out later?

3.  A mother of our eldest son's little preschool friend asked if I would teach her some basic French (as in, teach the Mum).

By now I was getting pretty cool at making up fun games to introduce French to children, but an adult??

So I said to her very honestly that I had never done it before, and that I wouldn't be able to go into a whole lot of grammar and written French (I hadn't done that since school), but if she was happy to just be super casual and learn some easy conversation, then sure, why not?

And she loved it.  We laughed and laughed and she learnt a bit of basic French over the next 12 months.

Definitely worth saying YES and figuring it out as I went along.

There are three more little stories that I recount in the Podcast episode.

Listen in, and reassure yourself that indeed, we CAN do stuff that we've never done before, and just figure it out as we go along.  You'll hear in the episode how this saying YES thing got me growing a team and even creating shows as incursions for preschools and childcare centres.

All of which came to me as opportunities that I wasn't actively looking for.

You just never know what amazing doors may open because you did.

Access my Discover HUB for FREE videos, guides and quizzes to help you decide if you're ready to actually start setting up your very own language sessions!

Find out about CLUB Cocorico, my online membership - because you don't have to do it all alone. 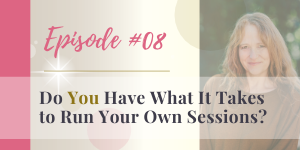